NEW!
Now you can request a portrait session appointment online.

Simply fill out & submit this quick Appointment Request and we will get back to you with a confirmation (or an alternate) ASAP!

DT Studios is located within the quiet village of North Syracuse. Lynhurst Avenue intersects with Main Street (US Rt. 11) opposite the Twin Trees Restaurant (North Syracuse location). Which has been a well known landmark in this area for many years. We operate our studio out of our residence (see photo below) away from people, traffic, parking issues etc.. There are no lines, waiting rooms or pushy salespeople. We do not book more than 2 sessions per day, so we can all relax, take our time and devote as much time & effort necessary to get your portraits done right. We also have several changing rooms for your comfort and privacy.

How DT Studios came to be:

My name is David Tankersley and I started DT Studios in 2001 after working as a cartographer (map maker) for over 30 years with the US Department of Agriculture and Marshall Penn York Co. Inc. When the business I worked for closed up shop, I found myself in the position of having to start over again, either working for another map company or working for myself. Art and Photography have been two of my passions since I was very young, so when it became time to set out on my own, it was those passions that led me to the decision to do what I loved most.

DT Studios first started out (primarily) as a graphics/publishing oriented business, with photography being just a small element of the overall business. Over the years it has evolved into a business that is almost entirely weighted toward the photography end. Being typically male, I also have a deep love for sports, so the combination of my sports and photography passions led to the idea of a sports photography enterprise. I quickly found that I really enjoyed getting out and meeting the many wonderful people involved in the local youth sports programs, and that they, in turn, have responded in a very positive way.

Along the way, I have had many requests to take on other photography related tasks. Among them, photographing people has to be one of the most rewarding. I love the interaction involved and producing portraits that people really love. I want the portrait we produce to simply be the best photo ever taken of that group or individual, period.

I suppose we have gotten our hands into most all of the visual arts. Almost every type of Photography, Video, Graphic Design (for almost everything). We still spend some of our time making maps too. Anything that satisfies the artistic or creative passions we have for the visual arts, (and that also helps to pay the bills).

DT Studios has been evolving since the very beginning. Constantly trying new things, meeting wonderful people and a lot of trial and error. I suppose that several years from now it will be something quite different than it is now. But the adventure is never ending. One of the things that will never change is the wonderful feeling I get inside when I hear from someone that I have given them something that can never be replaced. Once, I received a call from a Dad who was getting choked-up while thanking me for doing such a good job of photographing his young son playing football. It was that phone call that made me realize that I was really doing something good for others and not just for myself. I will never forget that conversation. Another e-mail I received from a Grand Parent (I keep it on my desk for motivation) reads as follows:

I received my first order from you today and I just wanted to say THANK YOU! The quality is excellent and I was amazed that I received them so quickly. This is my second year of ordering from you, and I am your best advertisement! You are great and these pictures mean a million dollars to grandmas and grandpas. You do a great job! Thank you. 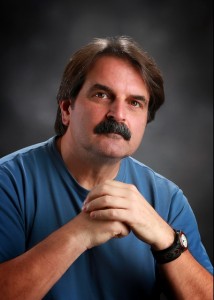 Imagine that, a million dollars… It’s people like those above who make my job much easier. Messages like those make all the hard work and long hours worthwhile.

Thank you for listening.
– Dave